Like many other Bhutanese-Nepali women, Gita Sunuwar learned how to knit and crochet while living in refugee camps as a child so she could support her family by making and selling clothing and household items. Sinuwar was resettled in Rochester several years ago. She now depends on her handiwork as a source of income much less. During a 2018 event at the Rochester Museum and Science Center, Sinuwar explained that she enjoys choosing expressive colors and using traditional motifs in new ways. Once an occupation, her intricate, careful art is now recreation. 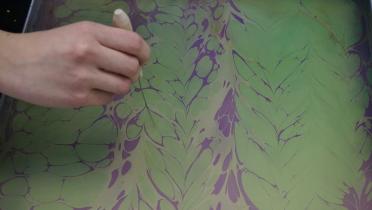