“Kallen Valssi” (Carl’s Waltz). When Richard asked his dad the name of the tune, he said he didn’t know its name,  but he used to hear his uncle Jake in West Danby, New York play it. For years, Richard referred to this tune alternately as “Jake’s Waltz” and “West Danby Waltz.” He eventually heard it on an old 78 rpm record listed as “Kallen Valssi”, which is how he refers to it today. 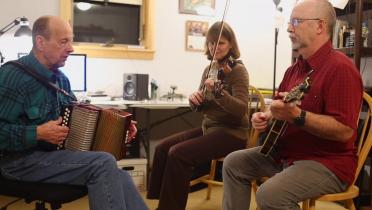