"Laurin Sottiisi" ("Lauri's Schottische") is performed in the key of D. It's another one of the tunes RTichard learned from his dad, who didn't know the names of most of the tunes he played. Richard later found it on an old Finnish American 78 rpm as "Laurin Sottiisi." One another recording it was listed as "Jukkan Sottiisi." Richard says, "Sometimes what we think of as Finnish folk tunes, especially the schottisches it seems, are found in other Nordic countries under Swedish or Norwegian names."

Michael Ludgate talking about his apprenticeship with Richard Koski, by artscouncilofthesouthernfingerlakes 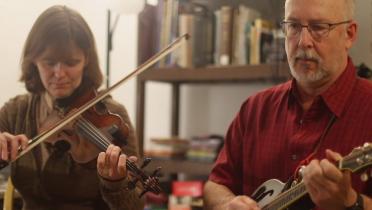