Asides from restaurants and property ownership, carpet and flooring was another common industry for Armenian business owners in Western New York, with other local family-owned stores including David Tiftickjian & Sons (1892) and Markarian Rugs (1921). Learn about the origins of the Mooradian Rug Company, growing up in a family business, how the landscape has changed in Niagara Falls, and their hopes for future generations of Armenians. 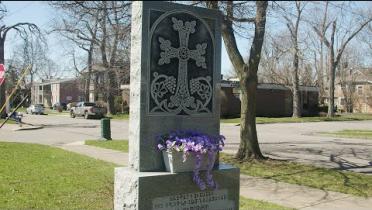