Steve Bhola of the Steve Massive Rhythm Band performs and discusses the multidimensional rhythms that make up J'Ovuert Rhythm band's with Ray Allen, professor of music at Brooklyn College and the CUNY Graduate Center.

Steve Massive Rhythm Band, led by Steve Bhola, came together for an afternoon of Caribbean music, at the Brooklyn Public Library, in Crown Heights. This program was hosted by Professor Ray Allen and served as part of the Brooklyn Folk Arts & Artist Series.  The Steve Massive Rhythm Band, serves as the “engine room” of the sonic landscape.   They support the steel band with timelines that help drive the rhythm forward.  Engine room instruments are an important contributor to the orchestra’s sound that often includes: drum set; congas; güiro [called ‘scratcher]; claves [called ‘toc-toc’]; cowbell; and brake drums [called ‘irons’].  Unlike the loud contemporary sound systems traveling down Eastern Parkway, during the West Indian Day parade, the expressions on the road for J’Ouvert revelers are steeped in traditional music (steel pan, calypso), dance and costuming (masquerade) and Haitian rara bands are also part of the mix. They are also filled Mas costumes connoting history, protest/satire, and tradition. Along with the colorful costumes and dancing in the streets, there has been another constant—violence. Over the past decade, 21 shootings and other violent acts have been recorded at J’Ouvert festivities. Unfortunately, this cultural spectacle has moved from symbolizing a celebration of West Indian heritage in New York City to one of violence and increased policing by the NYPD. 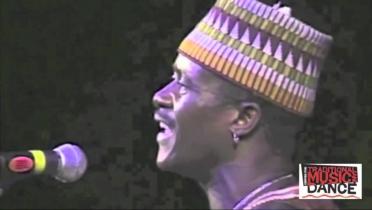