Learn from Mary Movesian about the different types of needlework arts she learned growing up in Armenia: from lace-making and embroidery to crochet and knitting.

Sit with Mary Movesian as she talks about the specific challenges in each different kind of needlework, and walks through some of the different things she’s created over the years: from crocheted king-size blankets and knit-hats and scarves, to lace doilies and embroidered pillowcases.

Learn from Mary about her favorite forms of needlework – crochet and knitting – which she continues to work on today, and how she relies on the skills she learned directly from her mother (Ophelia Adjemian) and the other women who taught her, to work through every design and creation. 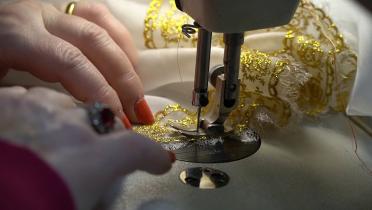