The Ferry Reel by Alice Clemens

Alice Clemens began to play fiddle at age nine. She took a few fiddle lessons, learned a few tunes from some uncles who lived a long distance away, but mostly learned to play on her own. She played in popular bands in the Redfield and Osceola area during the 1950's.  In the late 1960's and early 1970's her popularity grew and she became known throughout New York State as an excellent fiddler. She co-founded the New York State Old Tyme Fiddler's Association and traveled throughout New York State, New England and Ontario, Canada fiddling. She was a New York State Inductee into the North American Fiddler's Hall of Fame and Museum. Then was honored as a North American Inductee. She was also honored as a Tug Hill Sage and Traditional Arts in Upstate New York (TAUNY) Heritage Award honoree. 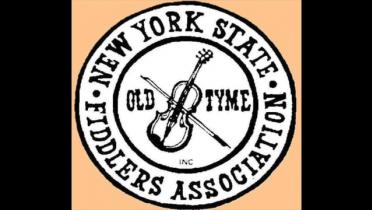