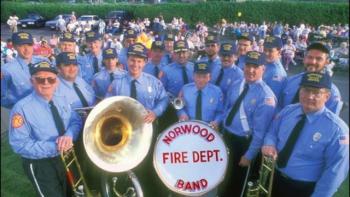 TAUNY and North Country Public Radio collaborated to create this profile of the Norwood Brass Firemen of Norwood, NY, a community group that has been making music in the North Country since the turn of the 20th century. Varying over the years from eight to 24 members, the Norwood Brass Firemen have played at everything from local celebrations in the North Country to presidential inaugurations and the 1984 Winter Olympics in Sarajevo, Yugoslavia. The piece includes a series of interviews and examples of the group's music, which consists largely of old standards, patriotic and jazz favorites, often in Dixieland style. 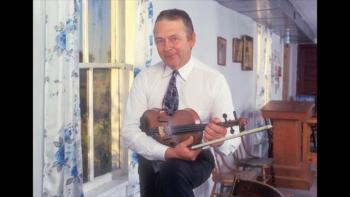 This interview clip features TAUNY Heritage Award Winner and New York State champion fiddler Don Woodcock of Kendrew Corners in St. Lawrence County, northern New York. In the midst of teaching me tunes to play at the Old-time Fiddlers' Gathering that weekend in Watkins Glen, NY, Woodcock demonstrates some singing dance calls that were popular in the past, along with some fiddle tune variations that show how tunes are played differently in different parts of the region and beyond. 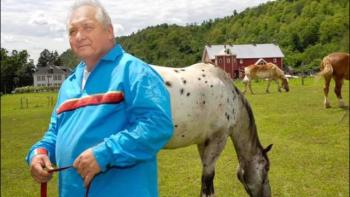 Chief Tom Porter of Akwesasne, Iroquois Mohawk community in northern NY, tells (an abbreviated version of) the traditional longhouse story of "The Three Sisters." The story is about the importance of corn, beans, and squash as staple foods and includes the origin story of these "three sister" foods themselves and how they were determined to be the most prominent of all foods. Porter also talks about traditional preparations of corn and related foods.